Nomination Committee in Nimbus Group for the AGM 2023

In accordance with the resolution taken at the Annual General Meeting of Nimbus Group AB on May 18, the representatives of the largest shareholders in terms of voting rights who have chosen to participate in the Nomination Committee are hereby announced. These, together with the Chairman of the Board, constitute the Nomination Committee for the Annual General Meeting 2023.

Nimbus Group produces and markets powerboats which includes the brands Alukin, Aquador, Bella, Falcon, Flipper, Nimbus and Paragon Yachts. Sales are made through dealer networks and the largest markets are the Nordic region, Europe and the USA. In 2021, the Group had sales of SEK 1,455 million and 391 employees. Operations are conducted in Sweden, Finland, Poland, England, Norway and the USA.

Nomination Committee in Nimbus Group for the AGM 2023 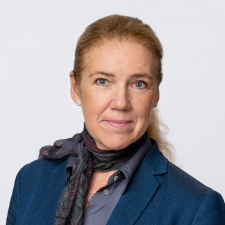